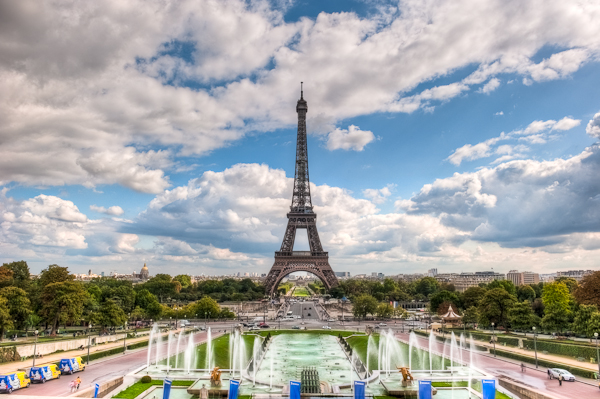 Last week, on September 14-15th, our team (Kai and me) was invited to join Seak (@seaking on Twitter) and the Thalys crew to a special event in Paris, France. The Thalys is a highspeed train that connects Cologne and Paris with just a few stops along the way in Aachen, Liege and Brussels. Their goal for December ’09 is a connection that just takes 3:15 from Cologne Station to Gare du Nord, Paris.

For last week’s event they invited four graffiti artists from Europe: Seak (Cologne), Jonone (Paris), Sozyone (Brussels) and Zedz (Amsterdam). Their goal: spraypaint four wagons of the Thalys train in just that amount of time, 3 hours and 15 minutes, in the middle of Gare du Nord. They actually managed to finish their art rather early and took their time to perfect it. Unbelievable what these guys are able to accomplish in just 3 hours! We’ll have some video footage – especially of Seak’s progress – on dished.tv shortly.

Since this event took place on tuesday we had some spare time on monday and the agency arranged a tour around Belleville and downtown Paris with Romuald Stivine and Vito Del Forte, two well-known graffiti artists from Paris. They showed us some of the places that your usual tourist guide won’t tell you (or knows) about. Some places weren’t accessible publicly which wasn’t a problem for the two and – as a result – for us. In the evening we went out with Seak and the crew to the restaurant “Point EphÃ©mÃ¨re” which is located close to Gare du Nord. The food was okay but they really didn’t seem to be ready to serve 20+ people at once. The other people in the restaurant which weren’t part of our group seemed to have a great time and enjoy their food, so I guess if you’re there with only a few people your experience might be much better.

At night Kai and I decided to take some time to walk around Paris and not take the direct way back to the hotel. After a few minutes wandering around town we got kinda lost because our planned route didn’t pan out, well, as planned. That’s the moment where we were quite happy to have an iPhone and compass to guide us back to Gare du Nord. Note to self: get some kind of emergency power for that thing. We came back to the hotel that night with just about 5 percent of power left. And yes, I turned off 3G and data roaming when we didn’t need it. But anyone talking smack about maps and/or compass on a cell phone, be so kind and please STFU.

We arrived back at our hotel (“Les Jardins du Marais“) at around 2 am. This hotel is beautiful! From the outside it looks like a small place, but they got rather large buildings in the back where the actual rooms are located.

On tuesday after the actual event the agency had arranged a museum visit, but we decided to split because we haven’t seen anything from the touristy Paris. So we left Gare du Nord and went to the Eiffel Tower to take capture some footage of the places everyone knows from Paris. From there we went up to Palais de Challot and TrocadÃ©ro station. Then we had a short stop at Notre Dame and had to leave for Gare du Nord again. On that note ChÃ¢telet station seems to be as large as Munich airport – the station even has those moving walkways. If you plan to “just go there” for a short stop, forget it, it’s huge!

The overall experience in Paris was awesome. You step into the MÃ©tro, get out in the city and all of a sudden you are overwhelmed. Just stepping into some of these old MÃ©tro cars and looking around put at least 30 different photos into my memory. I’m not sure if I’d want to live there but staying in Paris for some days or weeks sounds like a great way to spend some time.

The agency did a great job organising the event. There were only minor problems but that’s to be expected when you’re travelling with 20-30 people. The train ride, 1st class in Thalys, was an event for itself. The hotel was an awesome place. There could have been more time for discovering Paris, but that would have added another day to the otherwise tight schedule. We managed to get all the footage we needed, so, everyone had a great time during those ~36 hours in Paris! 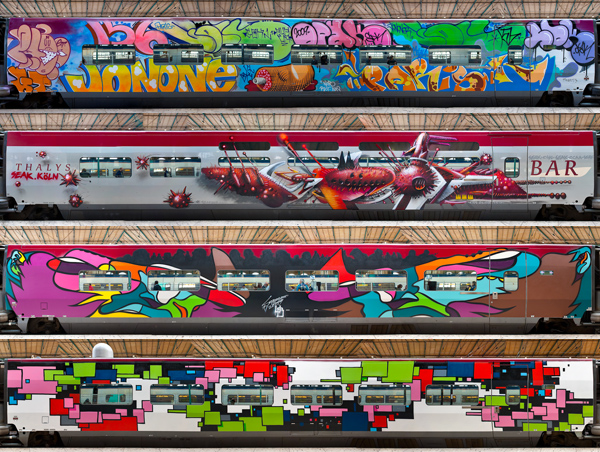 As usual you can find photos of the event and Paris itself in my Flickr gallery below, various videos on YouTube, some anecdotes on my Twitter stream and additional photos on TwitPic. Let me know how you like it!