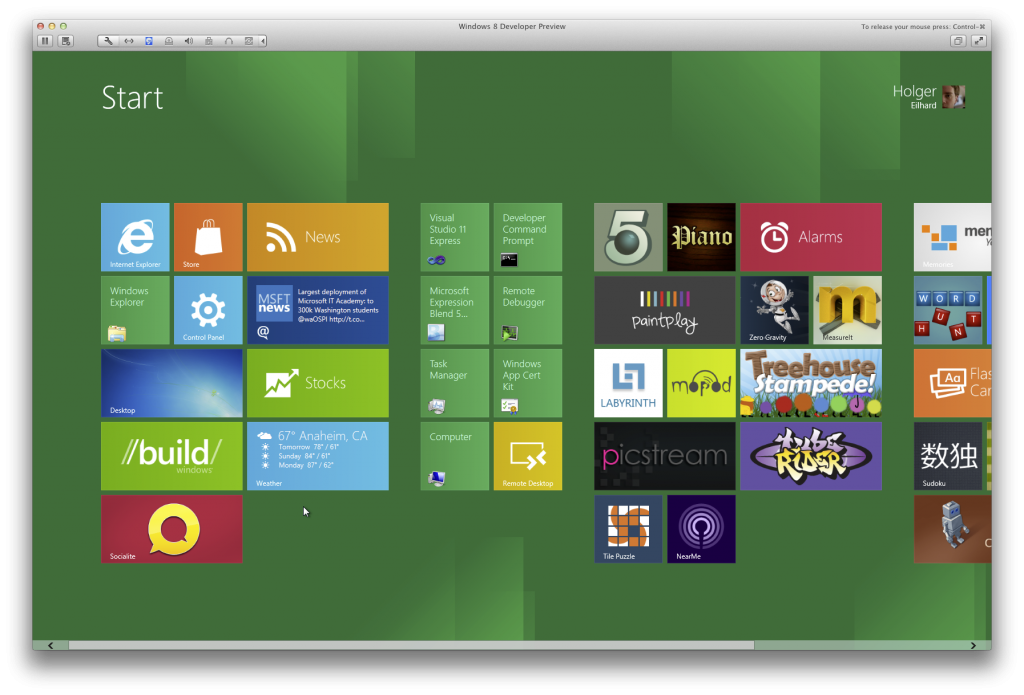 This week Microsoft released a first developer preview of Windows 8. This version features their new UI called Metro. Now some of you might be using a netbook or are running it in VMware. In my case VMware Fusion 3 for Mac. This doesn’t work at all, but just a few hours after Microsoft released Windows 8 DP, VMware released version 4.0 of Fusion, which now is able to run/install with Windows 8. 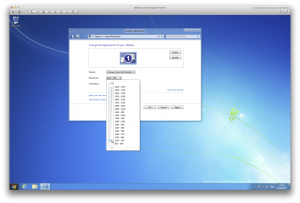 But after installing it on my MacBook Pro 15″ I still could not get most of the Metro apps to open. Just the classic shell and one or two Metro apps would work. The solution was quite easy – although not obvious: Raise the resolution to something above or equal to 1.024 x 768. This question (and solution) has also been posted to Microsoft’s forums. Although this is a preview release Microsoft could have mentioned this in some way or give a small hint as to what’s going wrong when you try to start a Metro app. I guess they’ll get to this as soon as the beta comes around. Now, some netbook users might have a physical limitation with their screens running at 1.024 x 600 or something like that. Fear not, as there seems to be a solution for those cases too. In classic Windows manner it involves a registry hack, so proceed at your own risk!