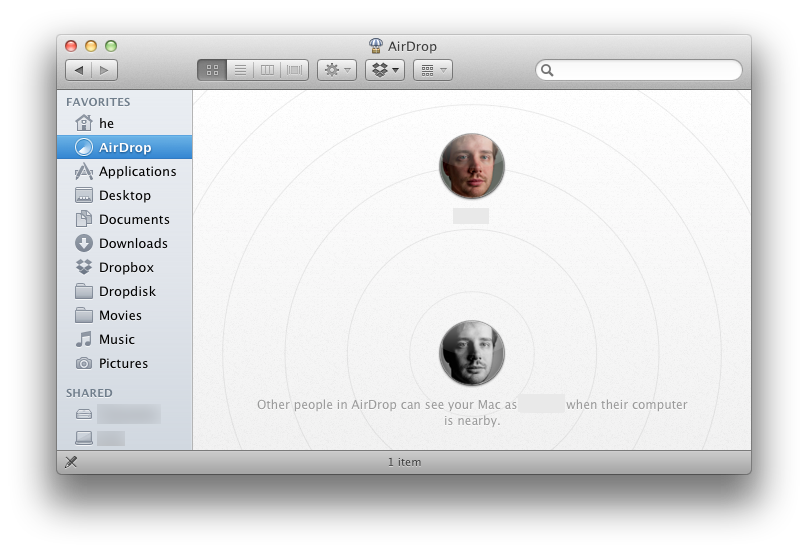 Speaking of “hacks” here’s one for everyone using an older Mac or who just wants to use AirDrop over Ethernet, rather than slow WiFi. Apple currently only officially supports a number of more recent machines, and it’s likely there’s a good reason for that. That being said, it works for me using my Mac Pro’s (MacPro1,1) Ethernet connection connecting to my already supported MacBook Pro (MacBookPro5,1) on WiFi. Obviously this requires both machines to be running OS X Lion. Proceed at your own risk. All it needs is a little

Terminal love by entering the following defaults command and afterwards relaunching Finder (or rebooting your Mac):

In case you want to disable it:

(According to some comments on Macworld this also works for those who use a hackintosh.)

We use cookies to ensure that we give you the best experience on our website. If you continue to use this site we will assume that you are happy with it.Ok