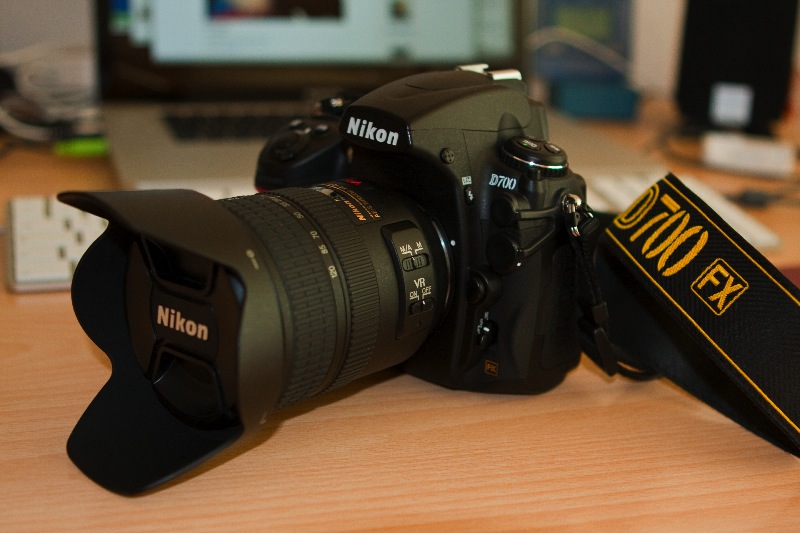 A few weeks ago I got the chance to play with a tool that I might be getting in the coming weeks. Over the course of 14 days I was given a Nikon D700, Nikon’s second full frame DSLR after the D3. It’s been quite a while since Nikon came out with their “entry level” full frame camera. It plays in the same league as

Canon’s 5D Mark II, even though both have some distinct technical features. When I first entered the photography market I had the problem of deciding between all these companies which are creating great photo gear. After a while of thinking and looking at the alternatives there were only two options left for me: Canon and Nikon. I knew I was not only buying a camera but buying into a whole system of bodies, lenses, flashes and other accessories. After a year with a 400D (or Rebel XTi as some might know it), I was at the same point again. I now had some Canon lenses but I was open to everything. The options at that point were the Canon 40D or Nikon D300, both of which I had for review. This was some time around January 2008. I also thought about the 5D but I knew there’d be something new and the 5D was already quite old at that point. So it was up to Nikon and Canon again. I would have gotten the D300, but the price difference was just too big. The body alone was 500-600 Euros more than the 40D. Now, more than a year later here I am again. Owning a 40D, some L glass and some accessories for it, it’s time to think about the future while I’m getting more and more serious about photography. 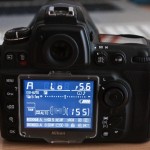 The first thing that I noticed, being accustomed to Canon, was the difference in how you actually use the camera. With Canon’s 40D/50D/5D you only have a few buttons and knobs to turn, the essential features are at your fingertips, if you need something more specific you either get there using the few buttons on top or fire up the menu. One thing I missed on the D700 was the easy access of multiple custom settings that are avaible by just turning a single wheel on my 40D.

Nikon on the other hand gives you direct access to various functions with buttons all over the camera body. There’s basically a button for every finger of your right (and left) hand. Some of them are user configurable. This way you can put your most important function to a dedicated button. For example auto ISO or auto bracketing. 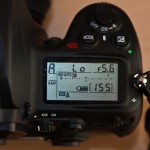 The bracketing function is a feature Canon is totally missing out on. All models, except the high end 1D series only allow you to take up to 3 auto bracketed exposures, e.g. -2, 0 and +2. Even Nikons D300 has the option to create multiple exposures, e.g. -4, -3, -2, -1, 0, 1, 2, 3, 4. Why Canon doesn’t offer this obviously easy implementable feature is totally beyond me. I love creating HDRs and using auto bracketing is essential for this. Of course you can manually set up more than 3 shots, but why do I have to do this manually? Another big step, that you only really notice when you’re switching between a full frame and crop sensor camera, is the brightness and size of the view finder on a FF camera. It’s a blast to look through the D700 (the same applies the 5D Mk II) and get a better feeling for what you’re actually about to shoot. One thing I found rather astonishing was the quality of the large display on the D700. It’s really crisp and gives you a good sense of sharpness on your photo. Or so I thought. Turns out the D700 I got had a slight back-focusing issue, which – to a degree – can be corrected inside the camera, so there’s no need to send it off to support. I only noticed this problem after creating some shots, wandering around town with some friends and coming home to slightly unsharp shotos. The photos looked perfect on the LCD. This is more of a warning to the people coming from a small LCD and are getting stunned by that enlarged display. You always want to get used to a new camera or any other part of your gear. Be sure to take it out and play with new gear before you do anything serious with it. Overall having had the possibilty to play with a D700 I’m even more inclined to change to Nikon. Also the Nikon options are at this moment way more interesting than what Canon has to offer. Take geotagging for example. If I want to get a setup with Nikon gear I just buy a single piece of additional hardware for less than 200 Euros. Getting the same results with Canon includes a more 700+ Euro battery grip and a 100 Euro GPS receiver that plugs into the BG. Of course that ridiculously expensive battery grip enables more than just geotagging, but it’s still a necessity for it. The one big thing Canon’s 5D Mk II has on its side is the video recording feature. Vincent Laforet for example created impressive videos to advertise this function. I just don’t know if I personally would have use for it. Some might say the 21 MP on the Mk II is a good reason to get it. I for one find it more like a problem. First the image files are huge which requires you to buy additional memory cards and hard drives to store all those pohots. Secondly the 3.5 fps on the 5D Mk II are laughable compared to the D700’s 5 to 7 fps (depending on whether you use the battery grip). Even if Canon could up that number for the 5D Mk II they won’t do that because it would cut even more into the sales of their 1Ds Mk III. Another thing to consider is the autofocus system on these cameras. Canon is using an old system that allegedly only got some minor tweaks compared to the original 5D. You get 9 focus points. That’s it. The D700 gives you 51 AF points which cover a huge area of your frame. All this goes to show that Canon has some issues in their higher end cameras. They have that two 1D’s, one of which isn’t FF – the 1D Mk III (1.3x crop) – but really fast and the other one – the 1Ds Mk III – being really expensive in comparison the 5D Mark II, but with a good AF system. Then there’s the 50D (1.6x crop) which is a pimped 40D with 5 more megapixels, resulting in even more noise than its pre-decessor. Being a Canon shooter at the moment I’m really not sure where the company is headed. Their current series doesn’t really attract me. About my next DSLR: the only I thing I’m sure about is, that it’ll be full frame. The main reason to get the new 5D currently is only my existing lens park, which – in turn – isn’t so big that I couldn’t go Nikon. Yet it’d still be more expensive overall to buy the D700. Currently I’m not sure what I’ll end up doing… Anyway check out the gallery below or my Flickr stream for other photos I took with the D700.