Apple today announced financial results for its fiscal 2012 first quarter which spanned 14 weeks and ended December 31, 2011. The Company posted record quarterly revenue of $46.33 billion and record quarterly net profit of $13.06 billion, or $13.87 per diluted share. These results compare to revenue of $26.74 billion and net quarterly profit of $6 billion, or $6.43 per diluted share, in the year-ago quarter. Gross margin was 44.7 percent compared to 38.5 percent in the year-ago quarter. International sales accounted for 58 percent of the quarterâ€™s revenue.

And some people thought the “hobby analysts” were crazy when they called numbers like the ones below: 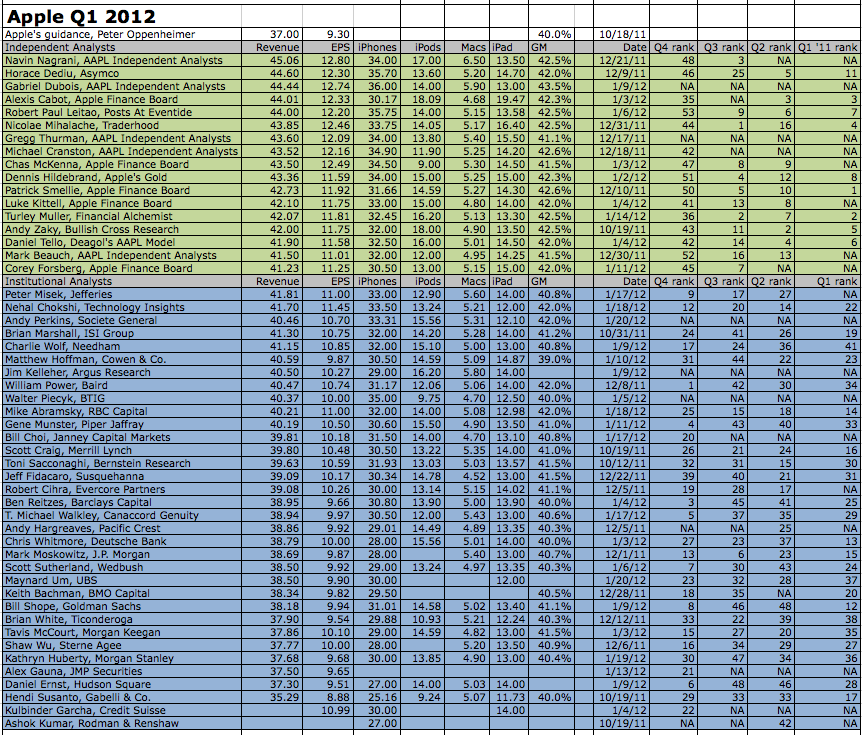 Oh, and Samsung with their gazillion variations of different smartphones just got removed from its supposed first place with an estimated number of 35 million phones shipped by a company that’s currently only offering three models and sold 37 million of those.

That iPhone 4S. Remember how nobody was going to buy it?

And for some perspective: